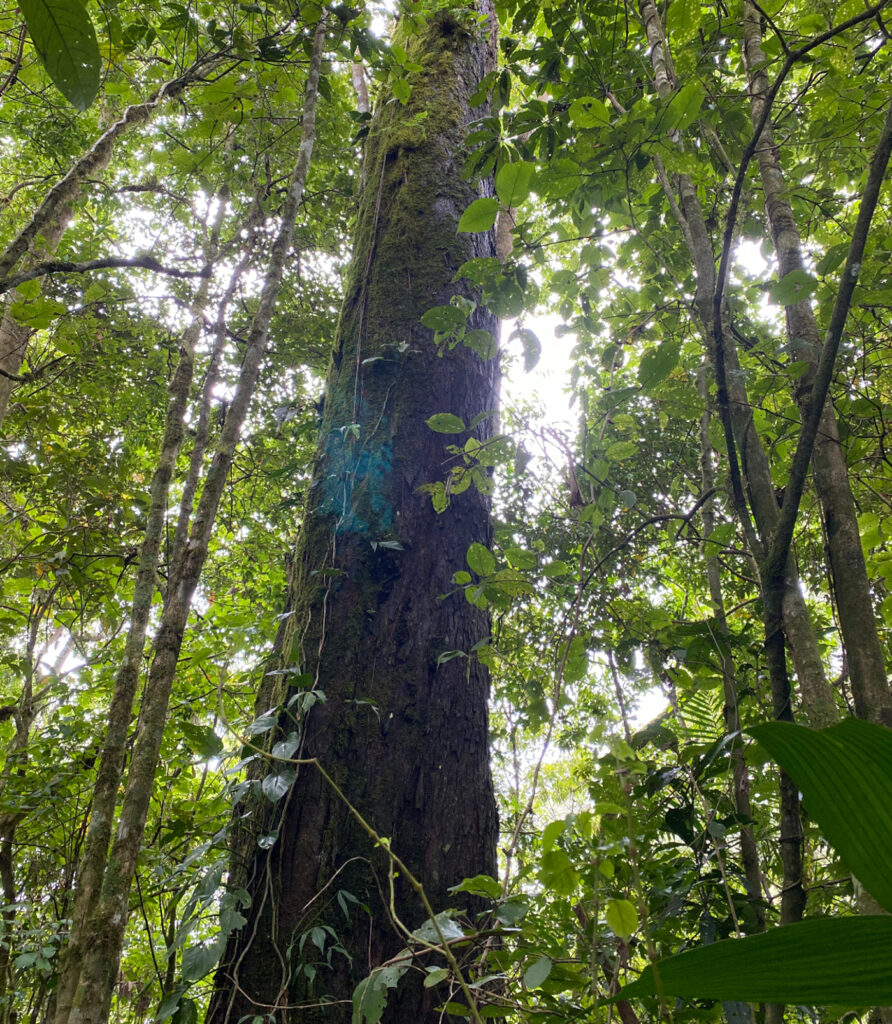 It’s safe to say that deforestation has become a global issue, as forests play a pivotal role in maintaining the health of our ecosystems, as well as the health of all the animals and humans that inhabit them. Yet, forests are continuously cut down at an alarming rate in order to make room for human infrastructure or resource extraction. While it may seem like an impossible task, it is feasible to reforest a broken ecosystem back to it’s former glory; or in the case here at Cloudbridge Nature Reserve, reforest an ancient jungle that once ruled the entire Talamanca mountain range. Just 25 years ago, almost all of the land that is now owned by Cloudbridge was pastureland, and had been almost completely deforested in order to make space for livestock. In fact, this was the main reason behind the founding of Cloudbridge in the first place, to try and restore the forest back to health. The big question is, how?

While reforestation is a complicated task to endure, with the proper time and research it becomes something manageable; something that has invaluable effects on future generations. Researcher Yorrick Grobben, from Van Hall Larenstein University of Applied Sciences in the Netherlands, came to Cloudbridge in order to add more data to the research about the forest and its regeneration progress. With many different ways to measure forest health, Yorrick focused on tree species inventory within the forest and how that related to both the species diversity as well as carbon storage. His main question was, does planting trees assist the natural regeneration that happens after a disturbance?

It’s a difficult topic to study, as the density of tropical forests is intense. On Cloudbridge’s property alone, the forest provides habitat for hundreds of different tree species that range from huge oak trees to the more delicate cecropia trees. However, an idea kept in mind throughout the years of reforesting Cloudbridge is that the more tree diversity, the better. This is true for almost all healthy ecosystems, as species diversity for plants (and animals) provides benefits that a lack of diversity simply cannot. For example, high tree diversity allows for: higher diversity of animals using the trees as home; different types of flowers/fruits that attract a higher diversity of pollinators/fruit eaters; higher resilience against disease or parasites; greater likelihood of nutrient dispersion within the soil; among many others.

The lack of diversity when this area was all pastureland led to serious issues in the ecosystem and surrounding areas, so upon the founding of Cloudbridge it was of the utmost importance to begin reforestation immediately. Years of planting trees alongside the naturally regenerating forest thus far has been quite successful, and throughout the years it’s been important to monitor what is working and what isn’t working. Thus, the research that Yorrick has done is one example of a topic that will always need continuous data. In the end, he was able to conclude that yes, it has been beneficial to the rate of forest regrowth to be planting trees alongside the naturally regenerating forest. While forests are quite resilient habitats, it will always be important that we as humans do what we can in order to aid the regrowth of these poorly damaged ecosystems. To learn more about how Yorrick was able to make his determinations, read his full paper here.