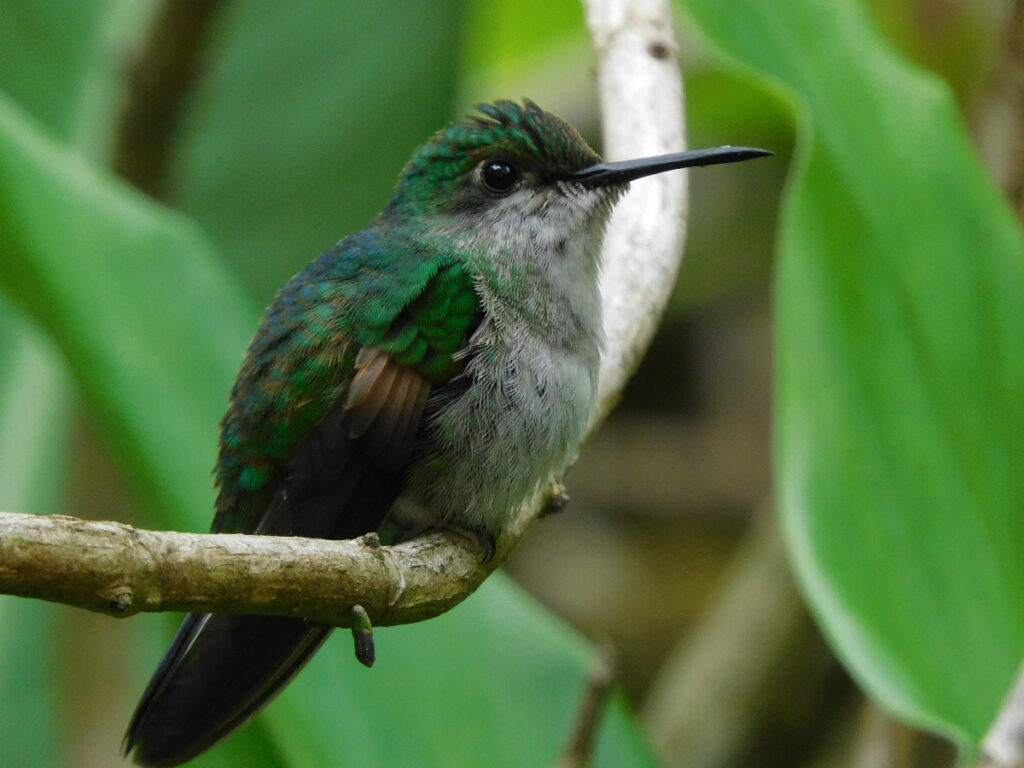 With at least 17 different hummingbird species found at Cloudbridge Nature Reserve, it’s important to understand their behavior and feeding habits so that we can best preserve their habitat. With that being said, how exactly does a hummingbird forage, and what affects it? Would that behavior change if there was an artificial hummingbird feeder present?

These were the questions Cloudbridge researcher Luuck Reessink sought to answer, spending dozens of hours in the field watching the hummingbirds zoom back and forth. Luuck paid particular attention to three aspects of these hummingbirds behavior: how long did they spend perched on a tree; how often did they forge (feed); how territorial was their behavior? He studied these three behaviors while the hummingbirds foraged naturally on flowers, then studied these behaviors after an artificial feeder was present.

After his data collection and statistical analysis, it turns out that artificial feeders do have an effect on general foraging behavior. On average, while the artificial feeder was present, the hummingbirds spent less time foraging on flowers and more time perched in a tree, which in turn can have adverse environmental effects due to changes in their natural behavior. To read more, click here to view the entire paper.