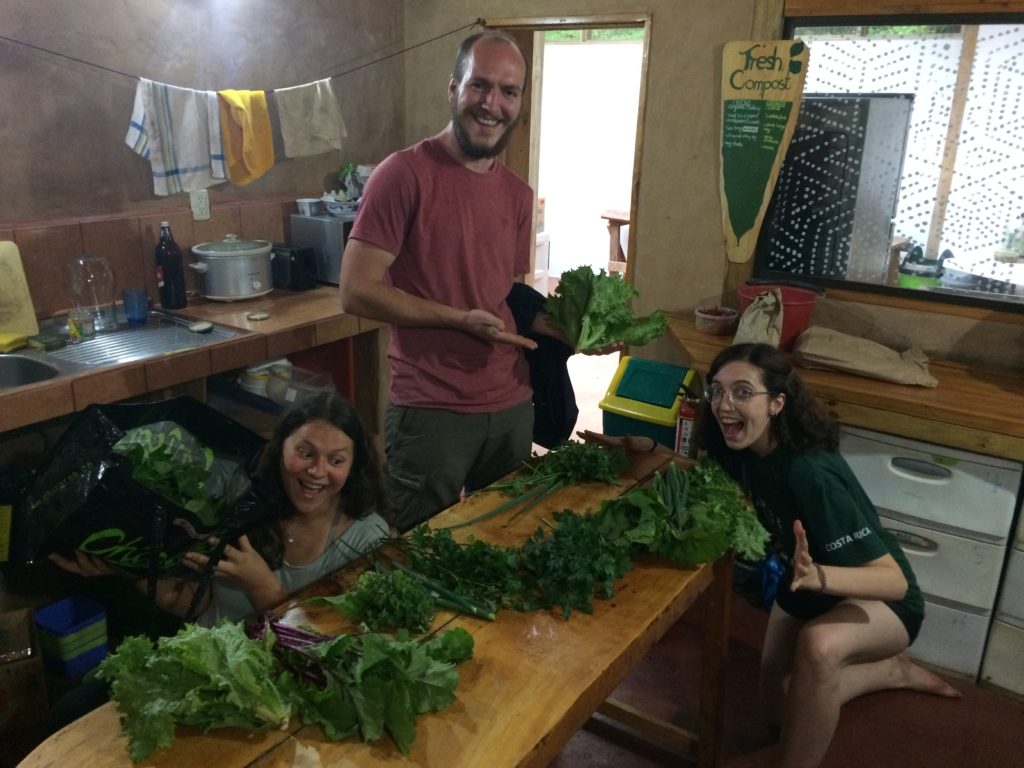 September is Costa Rica´s civic month – the country´s Independence is celebrated on the 15th, with parades, folkloric dance, singing of patriotic hymns and delicious typical food. In 1821, Central America (including Costa Rica) was granted Independence from Spain, which had colonized the region beginning in the 16th century. Celebrations also include a “desfile de faroles” or lantern parade on the evening of September 14th, where schoolchildren show off their homemade, colorful lanterns.

This year, September has also seen some of the largest youth-led climate demonstrations, with over 4 million people mobilizing worldwide on Sept. 20th, to kick off the “Global Week for Future”. On that day, staff and interns from Cloudbridge met with other local groups and individuals to discuss how we can make an impact. The main takeaways from this conversation were: Agroforestry networking, involving local communities, interest in biofuels (using solar technology for distillation of alchol), producing educational media from our community and supporting existing recycling/environmental projects, and expanding where possible. Inspired by this meeting, on September 26th there was a demonstration in the park of San Isidro. 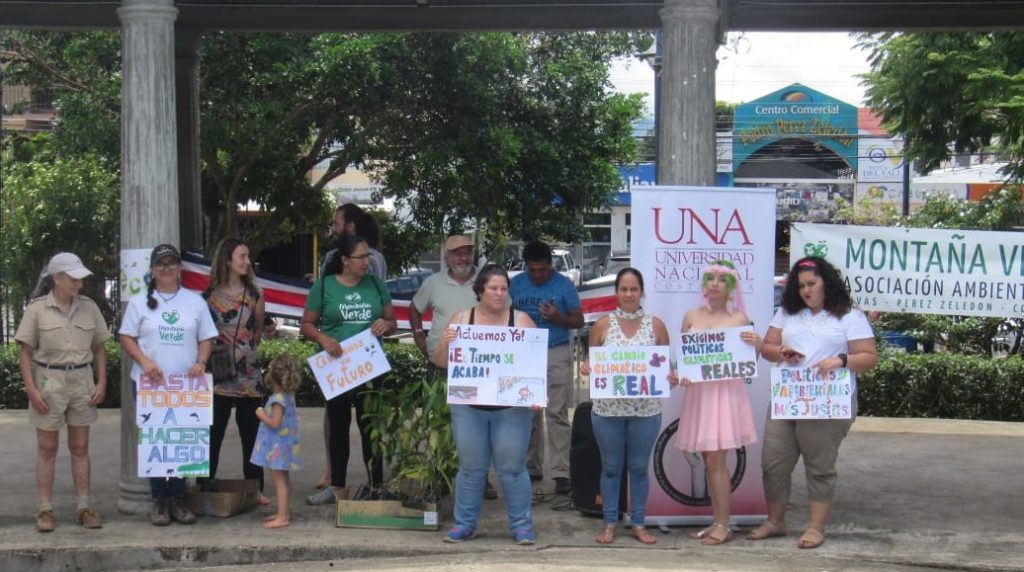 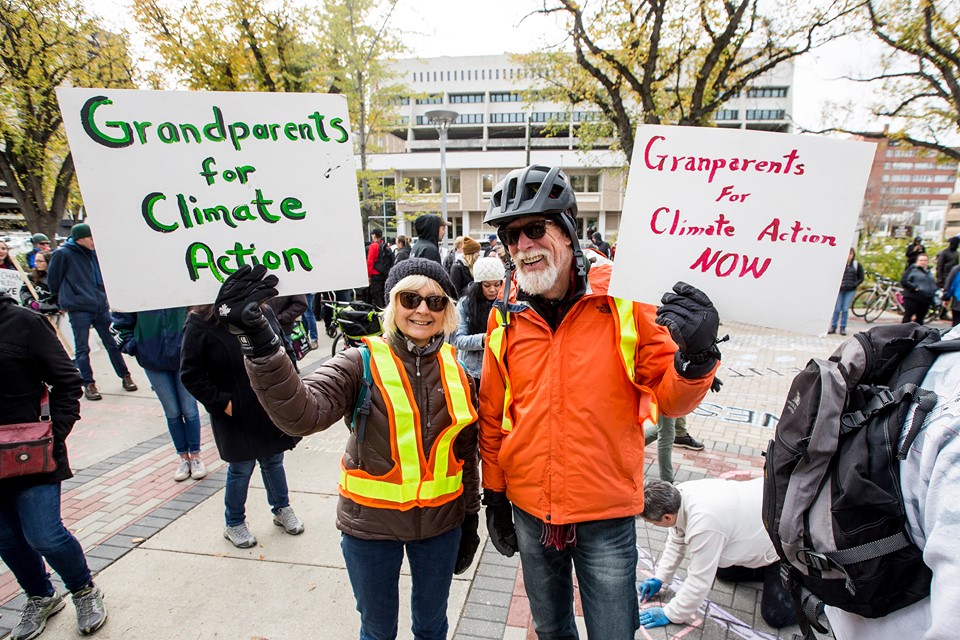 Trying to promote climate action not only in Costa Rica but also in Canada!

What we´ve been up to…

Jennifer, our Scientific Coordinator, gave a presentation at the Universidad Nacional’s (UNA) Día Internacional del Turismo (International Tourism Day) about the evolution of Cloudbridge as a reforestation project and as a reserve and the role tourism has played in those changes. The day brought together students from the tourism course at UNA, tourism operators from Perez Zeledon, tourism and environmental officials from the government, and a couple of nature reserves to discuss a variety of sustainable tourism related topics and showcase tourism in the region. 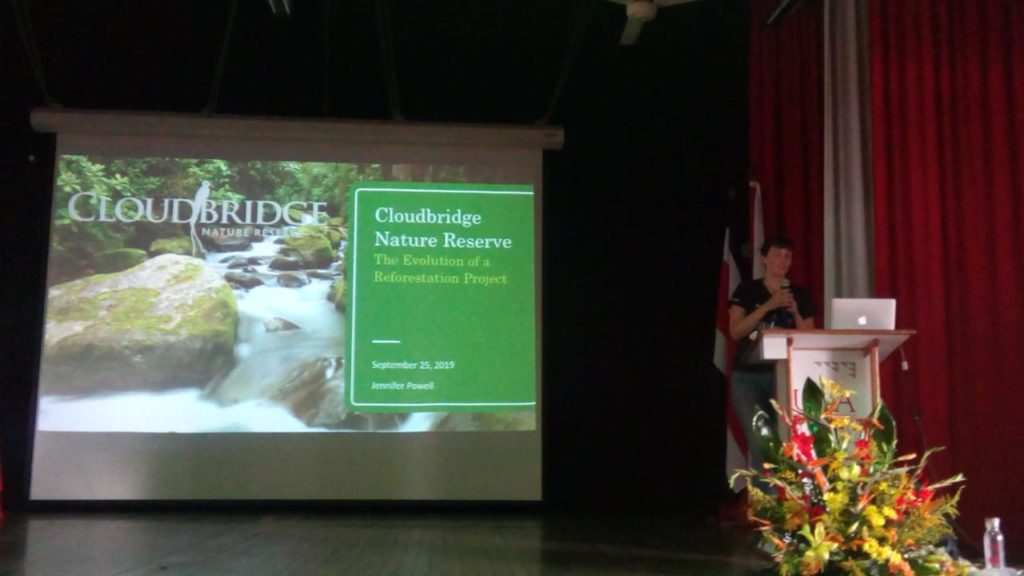 Cloudbridge has also been collaborating with other environmental groups to design an environmental education program, which will be taught in local schools beginning next year. Under the auspices of the UNDP´s “Conserving Biodiversity in Production Landscapes” program, this joint effort will teach schoolchildren about various environmental aspects. Subjects such as biodiversity, protected areas, agroecology, responsible consumption, and others, will be adressed, always with the underlying themes of social justice and climate change. 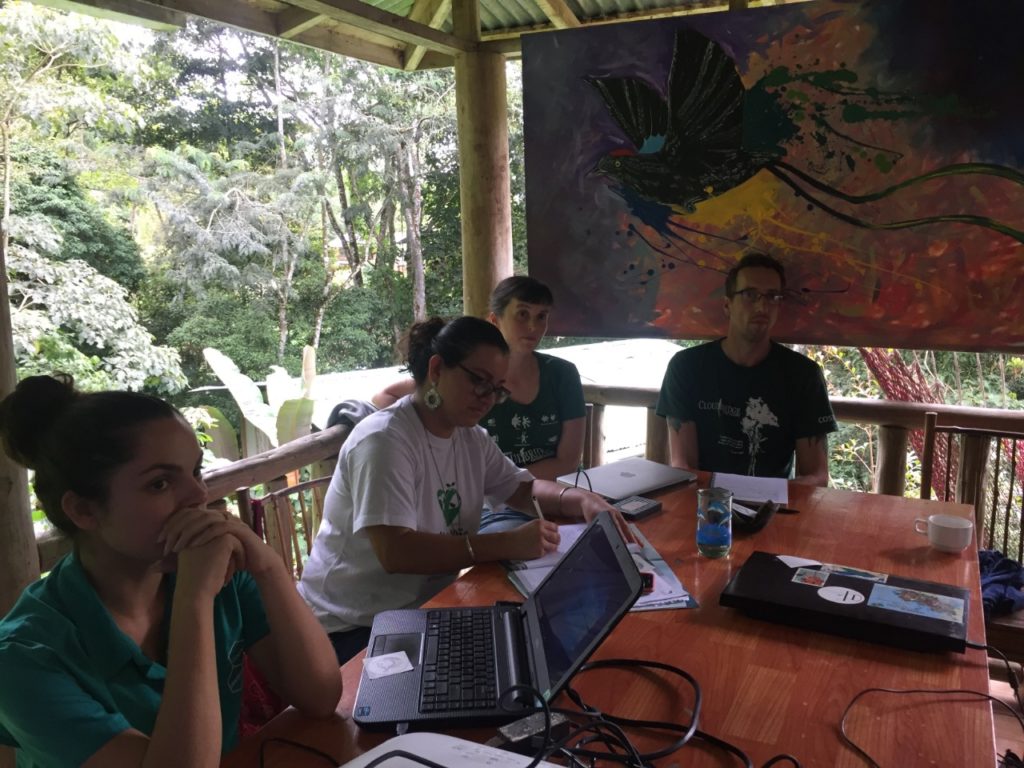 Jenn and Greg participate in a meeting for the environmental education program. Photo Credit: Anthony Garcia

Cloudbridge now has a small outdoor excercise facility! Just in case all that hiking wasn´t enough, interns and volunteers now have the opportunity to do pull-ups and many other calisthenic activities, on our new bars. 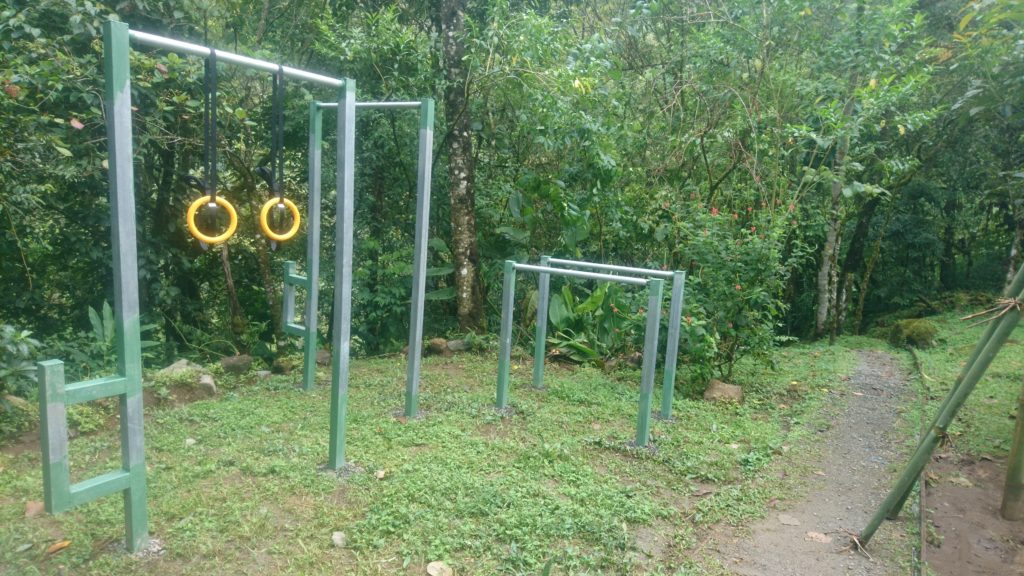 Our most recent bird intern, Fergus Jackson, finished his time with us this month. Fergus was working on the long-term bird monitoring survey. In his final presentation, he looked at the distribution of hummingbirds within the reserve. Overall, he found that the largest numbers of hummingbirds were found at the point counts that were lower down in the reserve. Looking at the 4 most abundant hummingbirds, he found that White-throated Mountain-Gem were found at all the survey sites and were most abundant at the lowest sites. This was similar for the Stripe-tailed Hummingbird, although there were 2 sites where this hummingbird was not found. However, they were also found in moderate numbers at the highest sites. Lesser Violetears were not found at all the sites and had distinct site preferences, mostly at mid-altitude sites. Scintillant Hummingbirds also showed some site preferences for mid-altitude sites, and were found in very low numbers or not at all at the highest sites. 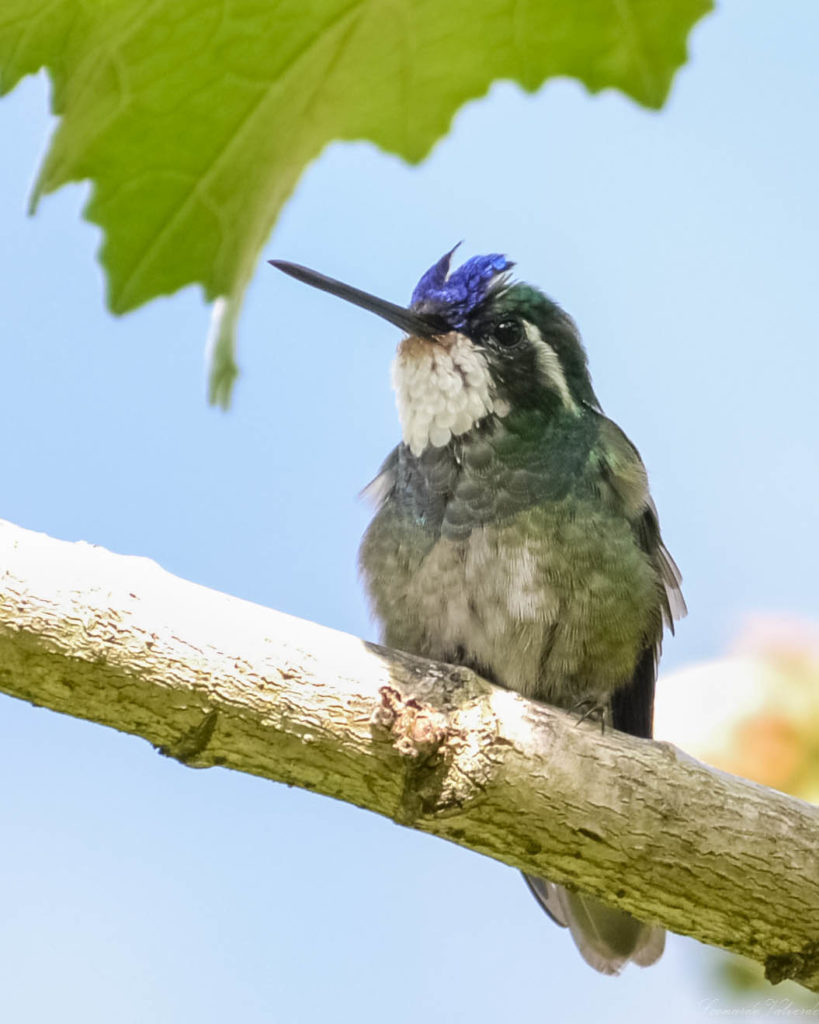 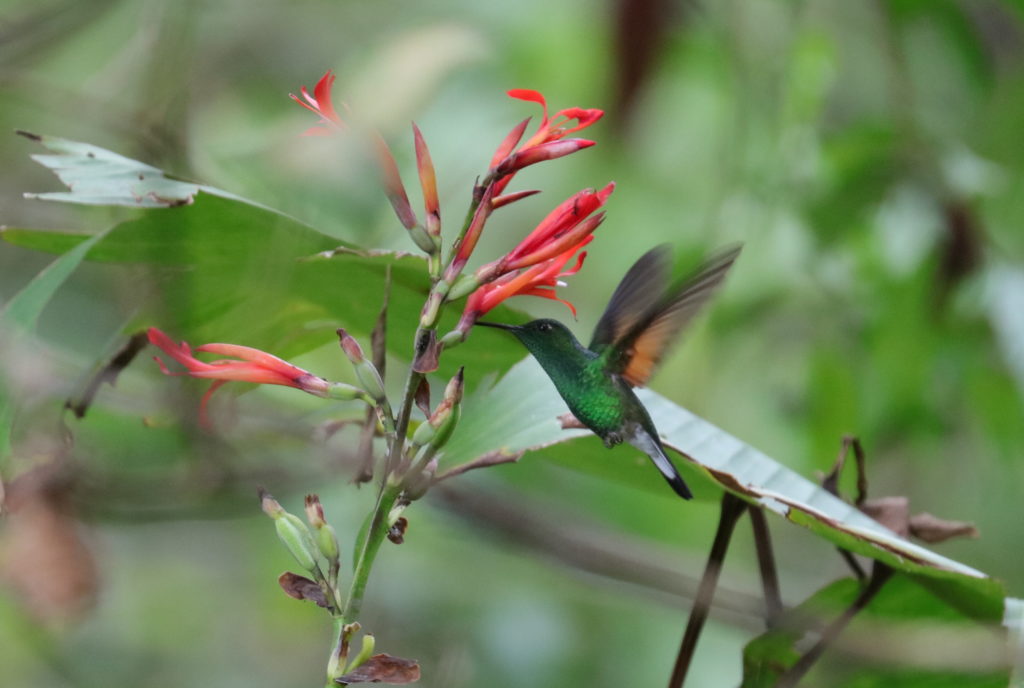 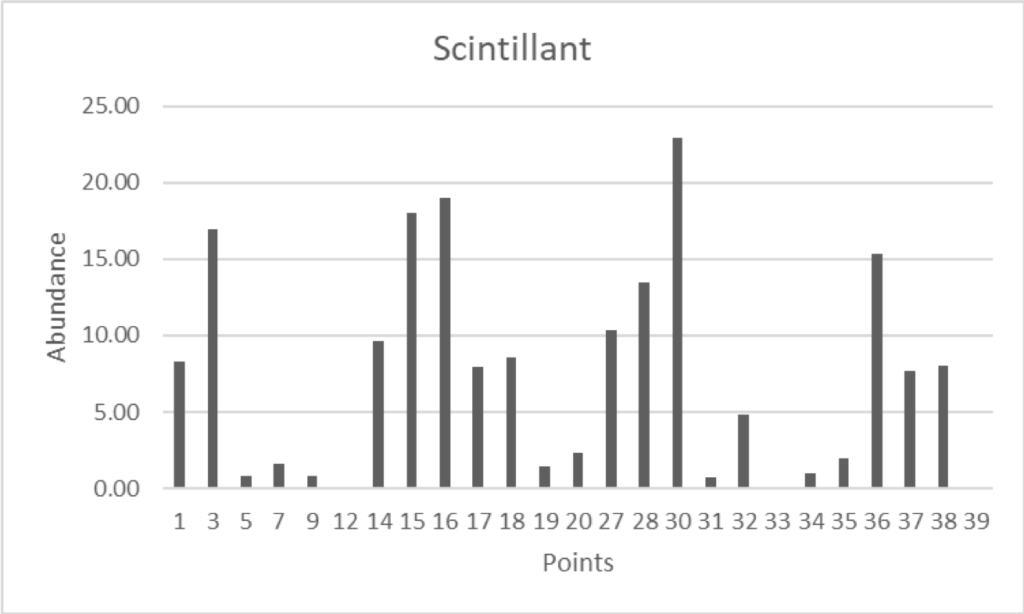 This month we have been pleased to welcome Antoine as our new Volunteer Coordinator and Social Media guru. Welcome aboard! 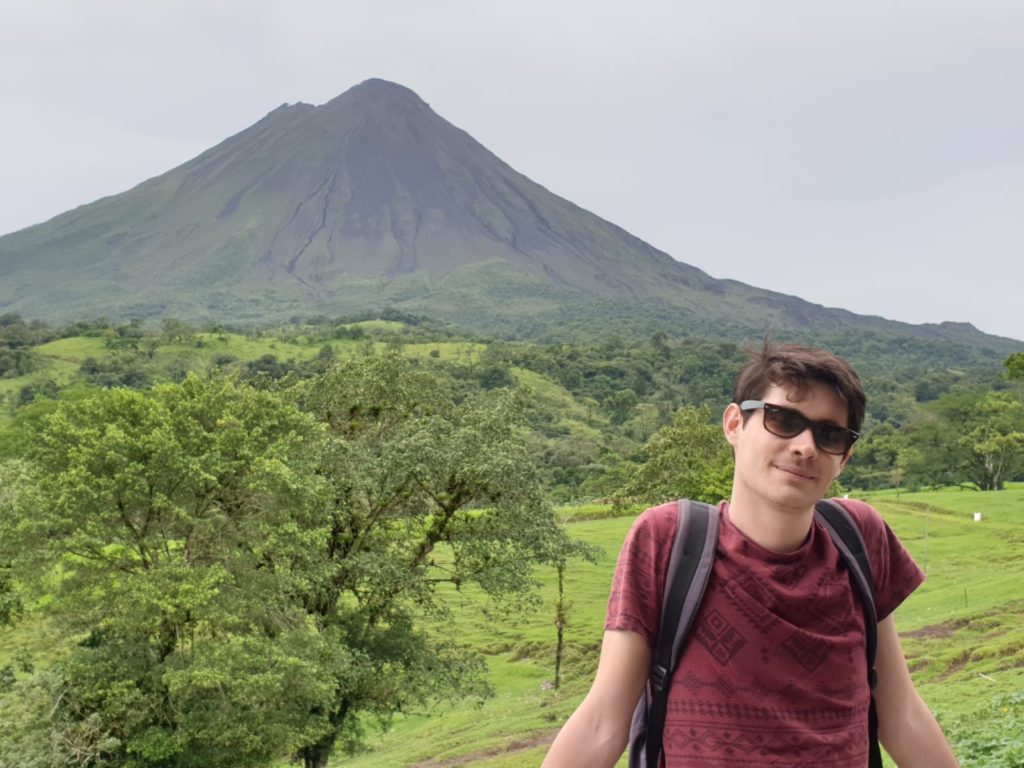 My name is Antoine and I am from France. After my studies in tourism and a year working as a guide in a museum in France, I decided to quit for more international experiences. I chose Costa Rica for the vision of the government about tourism and ecology, but I also secretly hope to see a dinosaur since I realised as a kid that Jurassic Park is supposed to happen in this country.

It has also been a pleasure to welcome our intern, Jacob Jackson.

Hello all my name is Jacob Jackson also known as The Real Herp Hero! I am an ascending conservationist and avid herpetologist/photographer. I was born and raised in Baltimore, MD and currently live in Laguna Hills, CA. Before starting my adventure at Cloudbridge I was a small time Zookeeper working with reptiles, arachnids, and amphibians doing educational hands on presentations as well as feeding our zoo animals. My journey brought me to Cloudbridge because I know that I want to work in conservation but not along what lines I want to operate under. So this amazing nature reserve high up in the mountains is my way of figuring out where I desire to take things next; hopefully in the direction I have been dreaming of! I am a research assistant so I follow after the researchers who are currently engaged in camera trapping, tree measuring, tree maintenance, and surveys on a plethora of birds. It’s been an amazing experience so far and I look forward to the next few weeks soaking in as much information as possible.

We have also been enjoying the presence of our bird intern, Laura.

My name is Laura I am from Michigan, currently residing in Oklahoma. I am an aspiring ornithologist working towards my degree in fish and wildlife research. During my time in at Cloudbridge I will be collecting bird data by conducting point counts, and owl surveys for the next few months. Hit me up for a bunch of random bird facts!

Published Reports and other Suggested Reading

We are happy to announce that two new reports of research which took place at Cloudbridge, have been added to the website this month. Click on the link to take a look:

We would also like to provide links to just a few of the many interesting environmentally themed articles that have been published this month:

Last but not least…

Zachary Chang, and Outlook Expedition leader who visited us with a group last July, has generously shared some of the pictures he took at the reserve.  We are very glad that Zachary enjoyed his stay with us, and thankful that he is allowing us to share these photos with all of you! 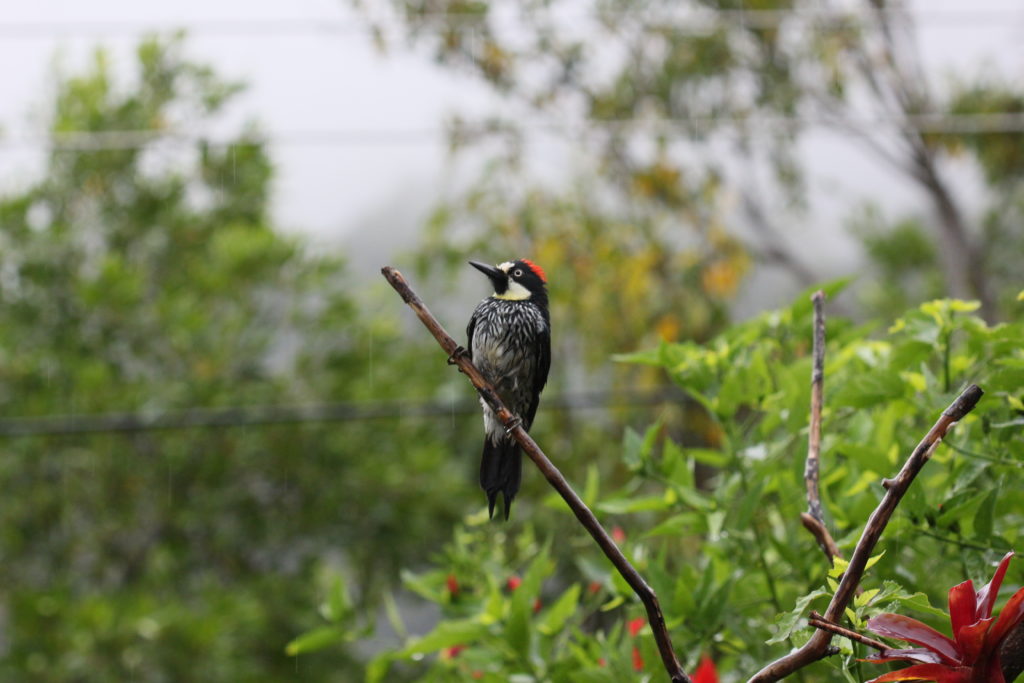 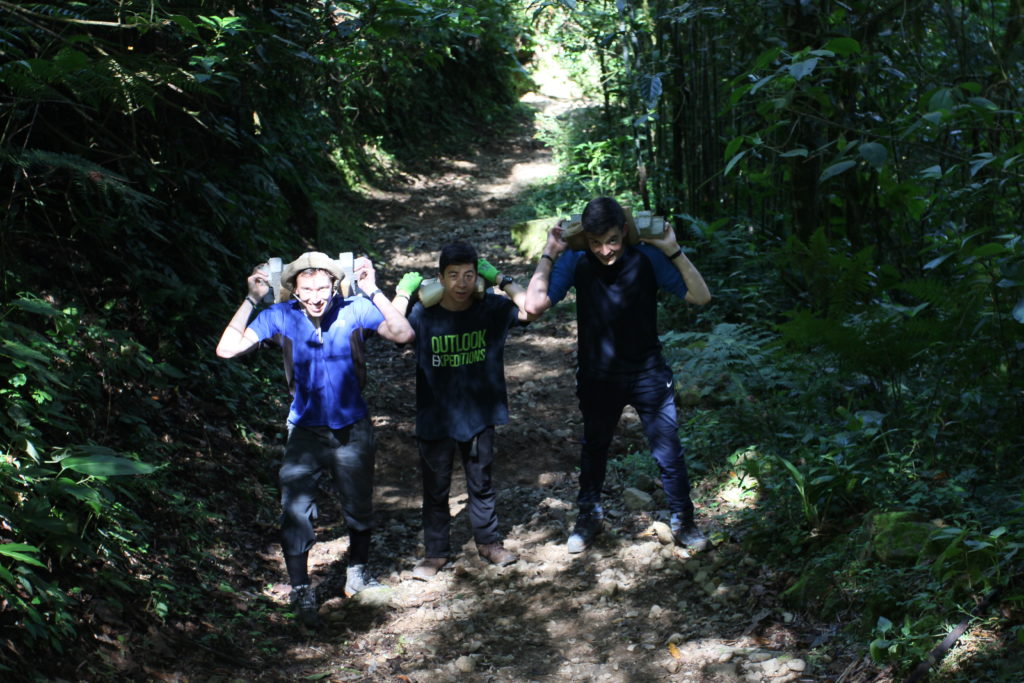